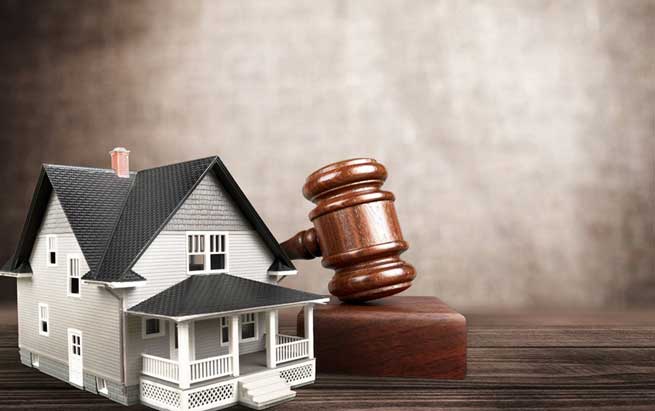 The future Housing Law continues to be the target of criticism from the real estate and business world. The regulation, which is in parliamentary process, could come into force at the turn of the summer and there are many negative effects that it could cause in the rental market and in the owners.

“It should be noted that the Preliminary Project has already generated a negative impact on the sector and on the housing market as a whole, even though it never came into force. The legal uncertainty generated by a Preliminary Project with such measures has directly affected the investment decisions of companies whose activities are land management and the consequent promotion and construction of free and affordable housing”, Cuervo points out.

Let us remember that the text proposes, among many other measures, the limitation of the income of rental housing in those areas considered as stressed markets, or the obligation for developers to allocate a part of their residential projects to VPO. Measures whose main effects will be the following, according to Cuervo:

The real estate sector insists once again that future regulations reduce legal certainty and that it is essential that the housing market have a stable framework that allows investment and long-term development to be promoted.

According to the director of the associations of promoters, “the sector needs legal certainty and a greater offer both for sale and for free and affordable rental to achieve the objectives that society needs”. A message also launched from the Institute of Economic Studies (IEE).

Iñigo Fernández de Mesa, president of the CEOE think tank, warned during the presentation of the study that the Housing Law “attacks private property, crushes the private sector, discriminates against large owners and has a tolerance for the worrisome squatting”. And he has also explained that the control of rental prices is a false solution to the problem that Spain is dragging.

In this sense, the IEE highlights that “it is difficult to find an economic policy measure on which there is more consensus than on the issue of rental income control and its negative implications on social welfare in the medium and long term. Control The rental system is not only inefficient in improving access to the rental market, but it is also counterproductive, to the extent that it worsens the supply in terms of quantity and quality, with the consequent harm and discrimination against lower-income groups. those who were intended to favor. In fact, it is possible that, given this artificially caused supply shortage, individuals and tenant families who can offer a majority of guarantees and/or have a lower risk of default will end up being prioritized”.

And it insists that “a measure that supposedly pretends to be a temporary solution to the problem of access to rent, while the real imbalances in the market are corrected, ends up assuming, precisely, an intensification of said imbalance between supply and demand, and an aggravation of the problem Hence, it should not be acceptable even as a temporary solution.”

Some negative effects that have been confirmed in international precedents that have applied limitations to income. “Whether it’s San Francisco, New York, Boston, Stockholm, Paris or Berlin, the results of this type of intervention are similar: at best, hardly any short-term rent control is achieved in the regulated area. , which tends to concentrate on the most expensive rentals, and always at the cost of transferring tensions to the non-regulated part, and generating a sharp contraction in the supply of rental housing, intensifying the long-term imbalance and aggravating the problem of shortage of housing, especially among the most vulnerable groups”, states the institute.

On the other hand, he qualifies as “unacceptable” the tolerance to the squatting of houses

According to the IEE, the future regulations also include “discrimination between large and small owners, so that the latter are affected to a greater extent by the different measures included in the regulations, which is very unfortunate, since it means discouraging the necessary and irreplaceable role that wholesale investors, national and foreign, must have as a way to channel savings towards this sector”.

Large investors, according to the employers’ think tank, “favor the increase in the professionalization of the rental market, and promote significant improvements in efficiency, while contributing to reducing the costs of managing and searching for rental housing Therefore, the solution cannot go through penalizing those who can contribute to solving the housing problem in Spain, but by promoting their participation so that the rental market can benefit from greater professionalization and efficiency”.

To do this, it calls for more tax incentives, greater public-private collaboration and greater agility in land development and bureaucratic procedures.

“It is necessary to promote social rental housing, whose stock in Spain is well below the European Union average, for which it is essential to promote public-private collaboration, as this scheme improves efficiency in the management and reduces costs for the public sector. In turn, the Public Administrations must favor the development of land, expanding the available offer, as well as eliminating rigidities and limitations of urban regulations that condition the adequate development of affordable rental housing” , says the institute.

And it concludes that “the establishment of fiscal incentives for the construction of housing for rent in areas of scarcity is key, thus the fiscal regulations linked to companies dedicated to leasing must be improved to favor this type of investment, as is the case in other countries. Europeans with more developed housing stocks”.