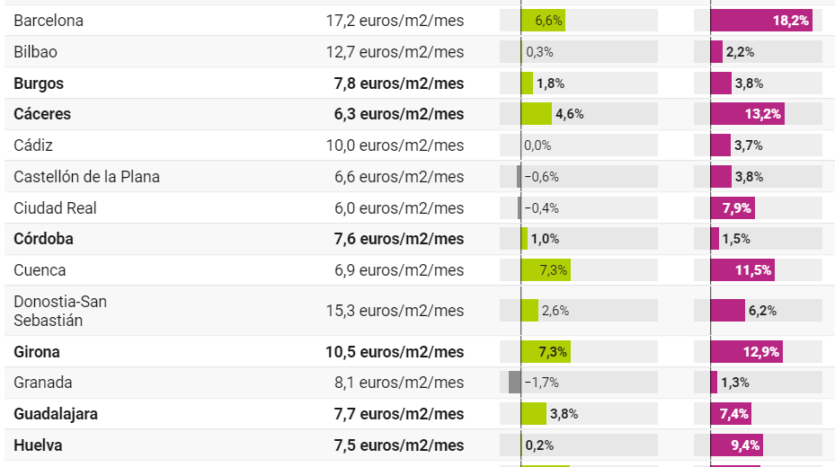 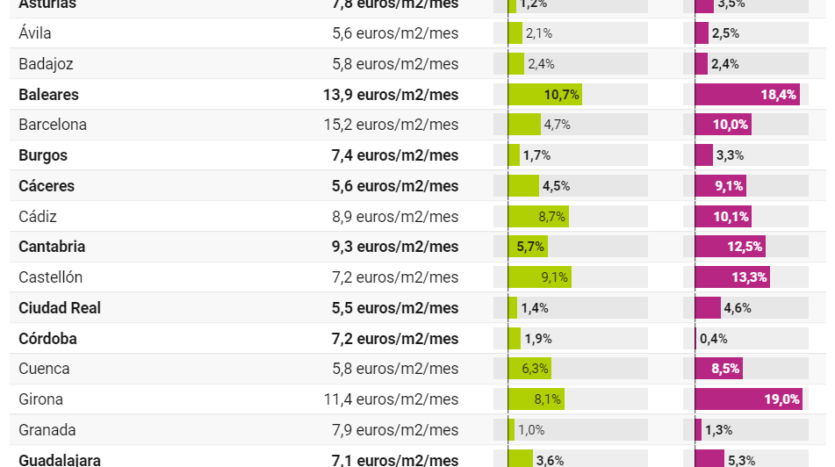 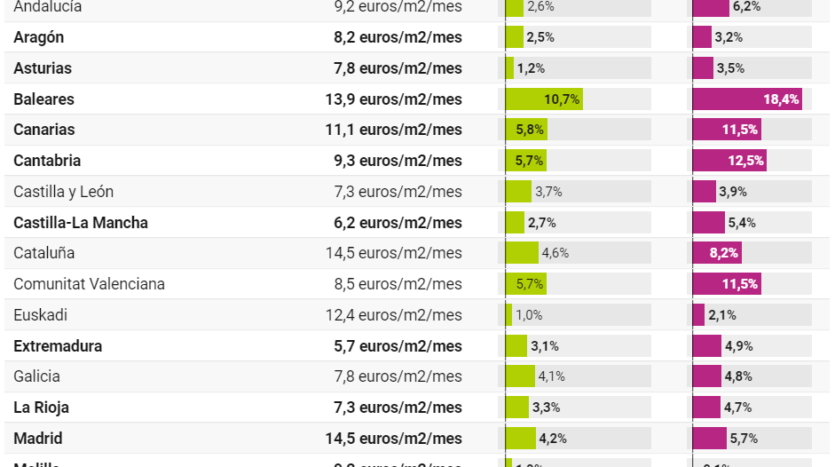 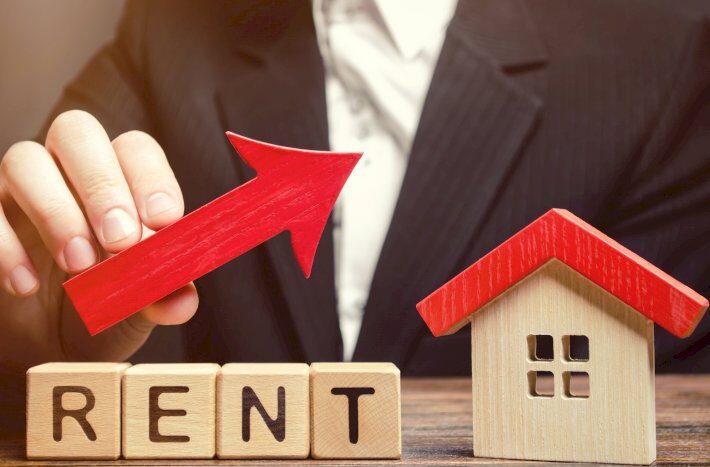 The price of renting homes in Spain increased by 4.2% during the last three months, according to a report published by idealista, the real estate marketplace in southern Europe. At the end of June 2022, renting a home in our country had a cost of 11.2 euros per square meter, a figure that is 1.6% higher than that registered at the end of May. In interannual rate, prices have increased by 4.8%.

For Francisco Iñareta, spokesman for idealista, “the rise in rents this quarter is no surprise, it is the result of the reduction in available supply and housing policies that, far from bringing new products to the market, have frightened investors and savers and reduced the real estate park”.

“The renewal until the end of the year, for the time being, of the ban on updating rents above 2% is having a devastating effect on the market. Despite the increase in rents, in the most stressed markets, prices are still below their all-time highs and are likely to remain so; First of all, because the stock trend seems to be reversing in recent months, and the current situation is already what we had before the pandemic. And, on the other hand, the inflationary situation we are going through reduces the ability of future tenants to pay”, the expert has specified.

The biggest drop has been in the city of Soria, where owners ask for 2.3% less to rent their homes than before spring. They are followed by the falls in Granada (-1.7%) and Albacete (-0.9%).

All the Autonomous Communities have raised their prices during the second quarter. The greatest increase has been registered in the Balearic Islands, where the expectations of the owners have increased by 10.7%. It was followed by the increases in Murcia (8.6%), Canarias (5.8%), Comunitat Valenciana (5.7%) and Cantabria (5.7%). In Catalonia, the increase has been 4.6%, while in the Community of Madrid it has remained at 4.2%. The smallest increase has occurred in Euskadi (1%), accompanied by Asturias (1.2%) and Navarra (1.5%).

Madrid and Catalonia are the most expensive communities to rent a home, with 14.5 euros/m2 monthly in both cases. They are followed by the Balearic Islands (13.9 euros/m2) and below that are Euskadi (12.4 euros/m2) and the Canary Islands (11.1 euros/m2). On the opposite side of the table, we find Extremadura (5.7 euros/m2), Castilla La Mancha (6.2 euros/m2), La Rioja and Murcia (7.3 euros/m2 in both cases), the autonomous cheaper.

To create the idealista real estate price index, the offer prices (over built square meters) published by idealista advertisers are analysed. Atypical advertisements and those with prices outside the market are eliminated from the statistics. We include the typology of single-family homes (chalets) and discard properties of any type that have been in our database for a long time without obtaining user interaction. The final data is generated using the median of all valid ads in each market.